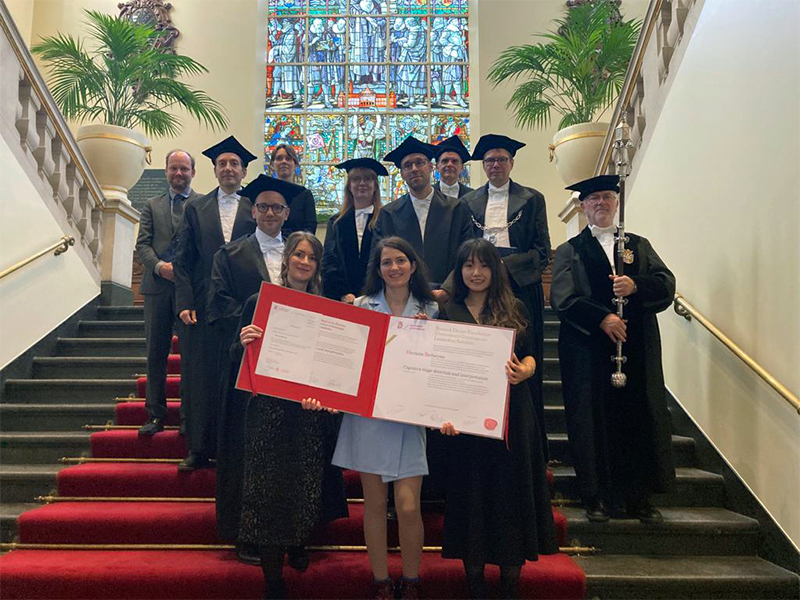 RAU Graduate Hermine Berberyan Defended her Thesis in the Netherlands

Thesis research by Hermine Berberyan lies at the intersection of psychology, neuroscience, mathematics and machine learning.

In October 2022, Hermine Berberyan, a graduate of the department of Psychology of the Russian-Armenian University, defended her doctoral thesis and received a PhD degree in science. The topic of her thesis is “Cognitive Stage Detection and Interpretation: Discovering the Underlying Stages in Various Tasks Using Machine Learning Applied to EEG and MEG.” 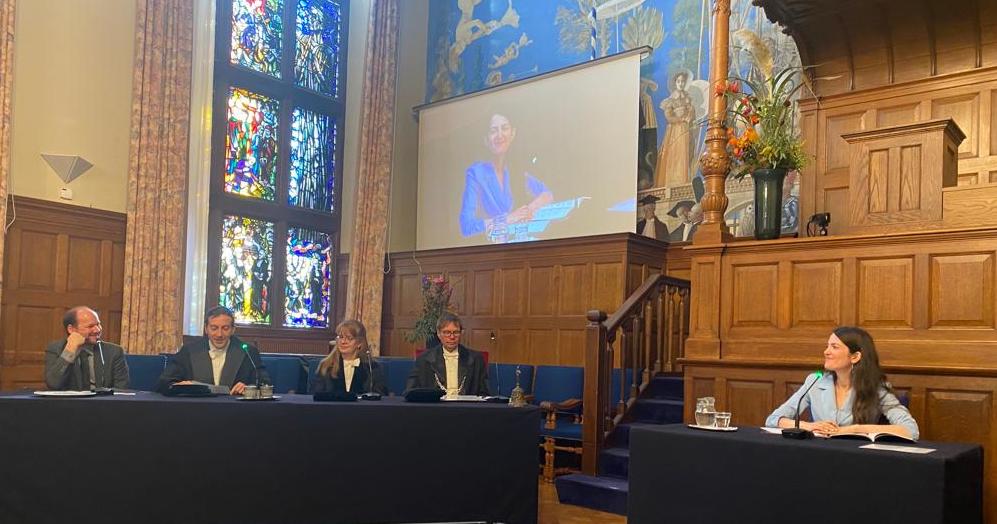 “The topic of the thesis was the identification of stages in various psychological tasks. One example of such tasks is the study of a new language, Swahili, which the fourth chapter of my thesis paper focuses on. To identify ways of memorization, we conducted a study in Groningen and Berlin that recorded brain activity using electroencephalography (EEG) and magnetoencephalography (MEG). These techniques allow you to track brain activity in real time, down to milliseconds. Subsequently, machine learning (Markov models) was used to identify the number and parameters of these stages. The results obtained were subsequently interpreted on the basis of psychological research in this area,” - Hermine mentioned.

According to her, the thesis research lies at the intersection of psychology, neuroscience, mathematics and machine learning. The ensuing results can be used across a number of fields, for example, to improve the efficiency of teaching various facts. Thus, in this way it is possible to describe the stages of more successful and less successful types of learning. In the future, it may also include optimization of the curriculum for faster or longer-term memorization.

While working on her PhD, Hermine Berberyan published 8 scientific papers in Scopus: three joint papers with the head of the Department of Psychology of RAU Professor Asya Berberyan based on research conducted at RAU; three papers based on the thesis, and two papers addressing the results of cooperation with other Dutch universities.

“My studies at RAU (Bachelor's and Master's in Psychology) have definitely influenced my development and my success. RAU has built a solid foundation, a foundation of 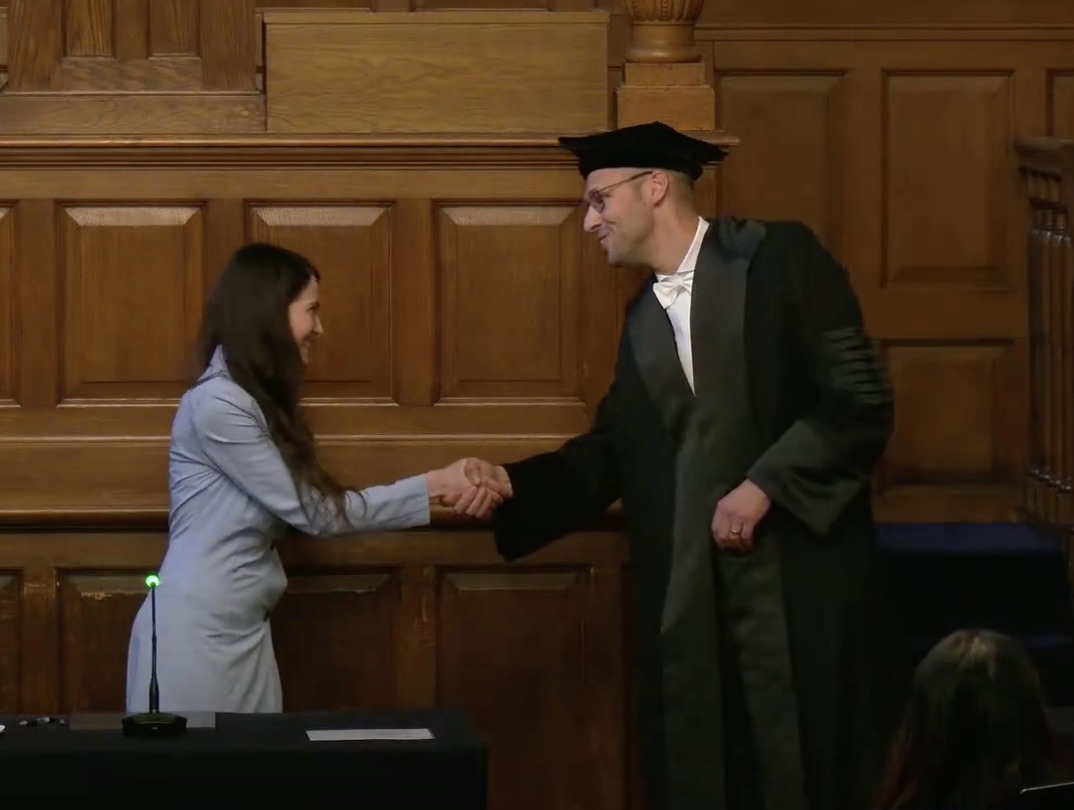 knowledge in various areas of psychology, allowing you to study and work completely at ease in other countries. Fundamental knowledge in mathematics, programming and foreign languages received in the walls of my alma mater was also of help. Not only actual knowledge, but also the value orientations of academic freedom, justice and love, and creative thinking were developed within the framework of important lectures by RAU rector, professor, foreign member of the RAS Armen Darbinyan.”

During her studies, Hermine has also actively participated in significant scientific research grants under the guidance of Professor Asya Berberyan. It was her considerable training at RAU that enabled her to work successfully in various countries immediately upon completing her studies, the young psychologist assured.
Translated by Sofiya Safaryan,
I year Master’s Student in Translation & Interpretation, RAU